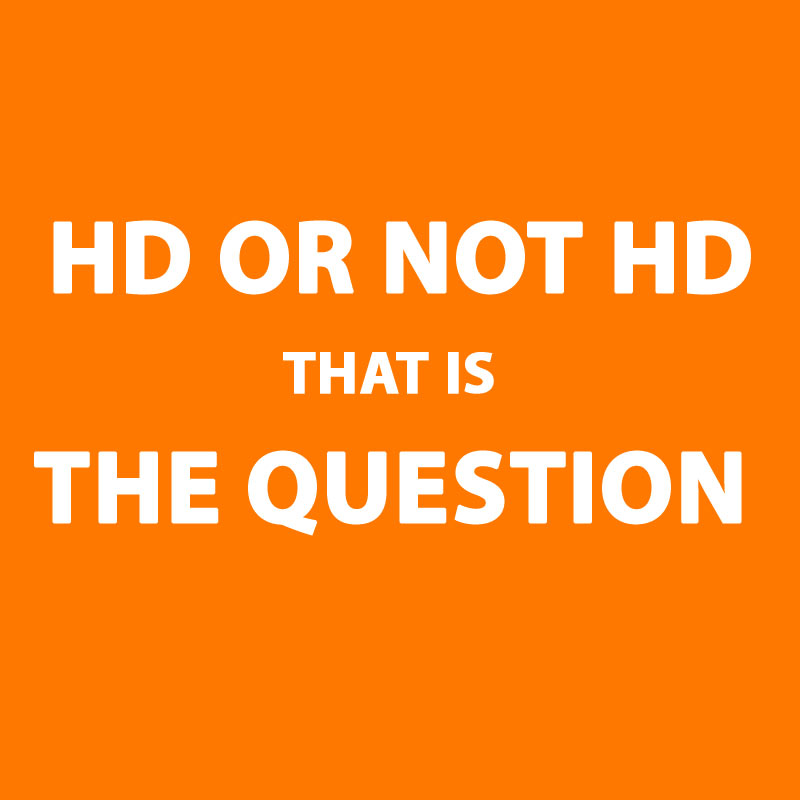 I had a conversation with a customer recently (lets call him Adam) who had bought several 1000TVL cameras from another company, and wanted a suitable recorder. During our chat it became obvious Adam thought these cameras were high definition – in fact that is what he had been led to believe by his supplier.

The 1.3MP sensor give the s display picture a True HD picture with display resoultion of 720p

The above is actually a true statement – however it is very mis-leading.

Basically 1000TVL cameras do have resolutions of about 1.3MP – and if you were to connect them directly in to a display monitor which could show the full image, this image would be high definition. However, 1000TVL is a standard definition analogue format camera – which only works with analogue recorders, these recorders have a maximum recording of 960H which is about 500,000 pixels – no where near 1.3MP or HD!

Just to be sure, I connected one of our 1000TVL cameras into a Hikvision HD-TVI recorder today to check if it would detect the camera as HD or PAL (PAL being standard definition) – and I’m afraid it will only record these cameras at standard definition resolutions.